Kahleigh Ahomiro's long term goal is to help as many iwi and Māori trust utilise their land. Born and bred in Tokoroa, Kahleigh (Ngāti Tūwharetoa, Ngāti Tamaterā, Waitaha) has many aspirations having graduated from the University of Waikato last year with a Bachelor of Management Studies (Agri-business, Marketing).

“I wanted to own a nightclub, literally that was the only reason why I chose business and I chose to do marketing because it was the only thing on the list I knew that wasn’t accounting or economics. Owning a nightclub is still on the radar,” she says.

The Tāwera scholarship recipient also wants to utilise her Agri-business experience for Māori. She is currently working for Fonterra Farm Source.

“Long term, I really want to be in a position where I can help as many iwi and Māori trusts utilise their land in a way that is sustainable and profitable. I went into Agri-business because I felt like we had lawyers that got our land back but we didn’t and don’t have people to help us do anything with the land. So, I want to be that person or one of those people, but that’s a long-term, end goal for me,” Kahleigh says.

Grateful for the support she has received from Te Pūtea Whakatupu Trust, she believes it’s time for the Alumni to give back.

“They (TPWT) need to use us because we have been using them all this time but we haven’t really returned the favour. It’s going to take some time for us to get there but the main thing is for us to start turning it over and giving back to TPWT”.

For tauira looking to pursue higher education, she has this advice:

“Do it! Just jump in and do it. Figure out how you are going to do it along the way,” Kahleigh says.

“I think we always think a lot about ‘why nots’ and the ‘why nots’ are easy, they are a bit of a cop out, they are an easy way for people to NOT do stuff. I honestly think that I wouldn’t have went to Uni if I thought about all the reasons I shouldn’t go; this is the same for the Tāwera Scholarship and I probably wouldn’t have applied. I think just do it, you will have a chance to figure it all out along the way, don’t worry about all the niggly stuff until they come up.” 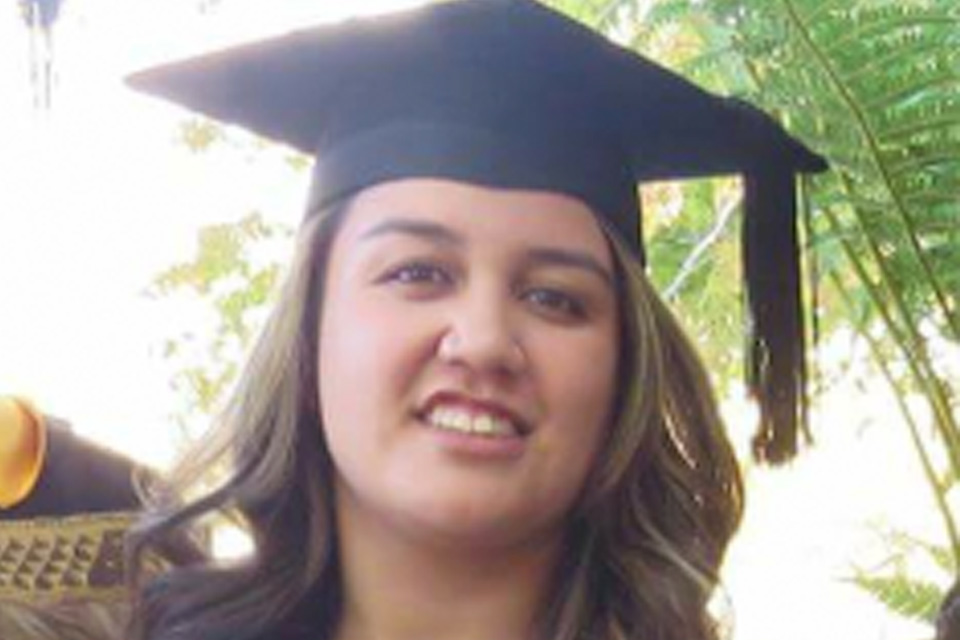